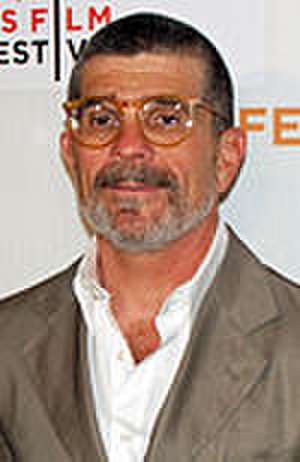 David Alan Mamet (; born November 30, 1947) is an American playwright, filmmaker, and author. He won a Pulitzer Prize and received Tony nominations for his plays Glengarry Glen Ross (1984) and Speed-the-Plow (1988). He first gained critical acclaim for a trio of off-Broadway 1970s plays: The Duck Variations, Sexual Perversity in Chicago, and American Buffalo. His plays Race and The Penitent, respectively, opened on Broadway in 2009 and previewed off-Broadway in 2017.

Mamet's books include: On Directing Film (1991), a commentary and dialogue about film-making; The Old Religion (1997), a novel about the lynching of Leo Frank; Five Cities of Refuge: Weekly Reflections on Genesis, Exodus, Leviticus, Numbers and Deuteronomy (2004), a Torah commentary with Rabbi Lawrence Kushner; The Wicked Son (2006), a study of Jewish self-hatred and antisemitism; Bambi vs. Godzilla, a commentary on the movie business; The Secret Knowledge: On the Dismantling of American Culture (2011), a commentary on cultural and political issues; and Three War Stories (2013), a trio of novellas about the physical and psychological effects of war.