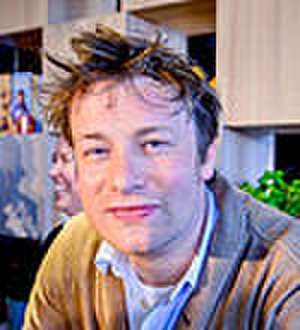 James Trevor Oliver MBE OSI (born 27 May 1975) is a British chef, restaurateur, and cookbook author. He is known for his casual approach to cuisine, which has led him to front numerous television shows and open many restaurants.

In 2005, he opened a campaign, Feed Me Better, to introduce schoolchildren to healthier foods, which was later backed by the government. He was the owner of a restaurant chain, Jamie Oliver Restaurant Group, which opened its first restaurant, Jamie's Italian, in Oxford in 2008. The chain went into administration in May 2019.

His TED Talk won him the 2010 TED Prize. In June 2003, Oliver was made a Member of the Order of the British Empire for "services to the hospitality industry".