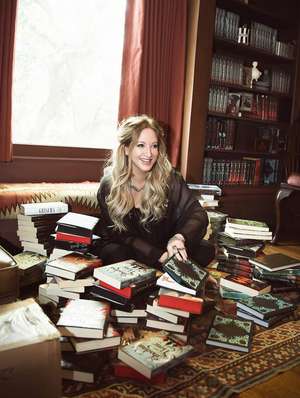 Leigh Bardugo (Hebrew: לי ברדוגו) is an Israeli-American fantasy author. She is best known for her young adult Grishaverse novels, which include the Six of Crows duology, the Shadow and Bone trilogy, and the King of Scars series. She also received acclaim for her paranormal fantasy adult debut, Ninth House. The Shadow and Bone and Six of Crows series have been adapted into Shadow and Bone by Netflix and Ninth House will be adapted by Amazon Studios; Bardugo is an executive producer on both works.