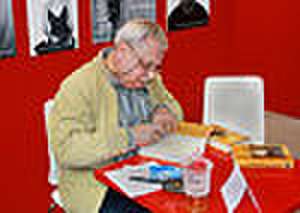 Andrzej Sapkowski (Polish pronunciation: [ˈandʐɛj sapˈkɔfskʲi]; born 21 June 1948) is a Polish fantasy writer. He is best known for his book series The Witcher, which has been translated into 37 languages making him the second most-translated Polish science fiction and fantasy writer after Stanisław Lem. His books sold over 15 million copies. He is the recipient of the David Gemmell Award and the World Fantasy Life Achievement Award.