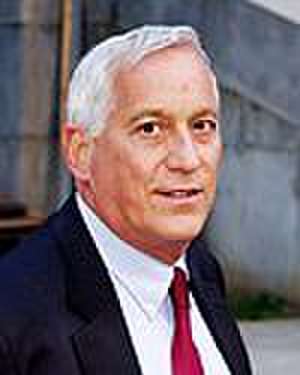 Walter Isaacson (born May 20, 1952) is an American author, journalist, and professor. He has been the President and CEO of the Aspen Institute, a nonpartisan policy studies organization based in Washington, D.C., the chair and CEO of CNN, and the editor of Time.

Born in New Orleans, Louisiana, he attended Harvard University and the University of Oxford as a Rhodes scholar at Pembroke College. He is the author of The Code Breaker: Jennifer Doudna, Gene Editing, and the Future of the Human Race (2021), Leonardo da Vinci (2017), The Innovators: How a Group of Hackers, Geniuses, and Geeks Created the Digital Revolution (2014), Steve Jobs (2011), American Sketches (2009), Einstein: His Life and Universe (2007), Benjamin Franklin: An American Life (2003), and Kissinger: A Biography (1992). He is the co-author with Evan Thomas of The Wise Men: Six Friends and the World They Made (1986).

Isaacson is a professor at Tulane University and an advisory partner at Perella Weinberg Partners, a New York City-based financial services firm. He was vice chair of the Louisiana Recovery Authority, which oversaw the rebuilding after Hurricane Katrina, chaired the government board that runs Voice of America, and was a member of the Defense Innovation Board.