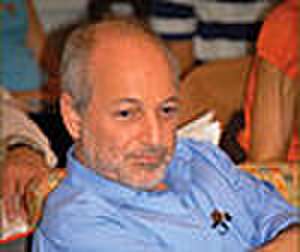 André Aciman (; born 2 January 1951) is an Italian-American writer. Born and raised in Alexandria, Egypt, he is currently distinguished professor at the Graduate Center of City University of New York, where he teaches the history of literary theory and the works of Marcel Proust. Aciman previously taught creative writing at New York University and French literature at Princeton and Bard College.

In 2009, he was Visiting Distinguished Writer at Wesleyan University.

He is the author of several novels, including Call Me by Your Name (winner, in the Gay Fiction category, of the 2007 Lambda Literary Award and made into a film) and a 1995 memoir, Out of Egypt, which won a Whiting Award. Although best known for Call Me by Your Name, Aciman stated in an interview in 2019 that his best book is the novel Eight White Nights.