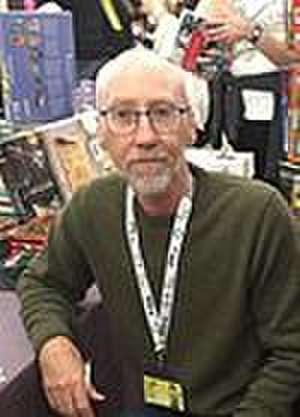 Steven Erikson (born October 7, 1959) is the pseudonym of Steve Rune Lundin, a Canadian novelist, who was educated and trained as both an archaeologist and anthropologist.

He is best known for his ten-volume spanning epic fantasy series Malazan Book of the Fallen, which began with the publication of Gardens of the Moon (1999) and was completed with the publication of The Crippled God (2011). By 2012 over 1 million copies of the series had been sold worldwide, and over 3 million copies by 2018. SF Site has called the series "the most significant work of epic fantasy since Donaldson's Chronicles of Thomas Covenant," and Fantasy Book Review described it as "the best fantasy series of recent times." Fellow author Glen Cook has called the series a masterwork, while Stephen R. Donaldson has praised him for his approach to the fantasy genre and has compared him to the likes of Joseph Conrad, Henry James, William Faulkner, and Fyodor Dostoevsky.

Set in the Malazan world, Erikson has written a prequel trilogy, The Kharkanas Trilogy, seven novellas, a short story, and is currently working on a sequel trilogy, The Witness Trilogy, the first book of which, titled The God is Not Willing, is expected to be published in 2021.

His foray into science fiction has produced a comedic trilogy, the Willful Child Trilogy, a spoof on Star Trek and other tropes common in the genre, and a First Contact novel titled Rejoice, a Knife To the Heart, published in 2018.