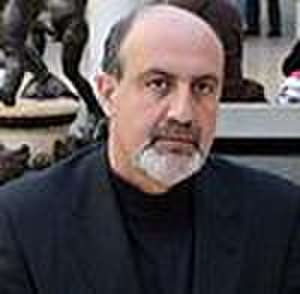 Nassim Nicholas Taleb (; alternatively Nessim or Nissim; born 1960) is a Lebanese-American essayist, mathematical statistician, former option trader, risk analyst, and aphorist whose work concerns problems of randomness, probability, and uncertainty. The Sunday Times called his 2007 book The Black Swan one of the 12 most influential books since World War II.

Taleb is the author of the Incerto, a five volume philosophical essay on uncertainty published between 2001 and 2018 (of which the best-known books are The Black Swan and Antifragile). He has been a professor at several universities, serving as a Distinguished Professor of Risk Engineering at the New York University Tandon School of Engineering since September 2008. He has been co-editor-in-chief of the academic journal Risk and Decision Analysis since September 2014. He has also been a practitioner of mathematical finance, a hedge fund manager, and a derivatives trader, and is currently listed as a scientific adviser at Universa Investments.

Taleb criticized the risk management methods used by the finance industry and warned about financial crises, subsequently profiting from the late-2000s financial crisis. He advocates what he calls a "black swan robust" society, meaning a society that can withstand difficult-to-predict events. He proposes what he has termed "antifragility" in systems; that is, an ability to benefit and grow from a certain class of random events, errors, and volatility as well as "convex tinkering" as a method of scientific discovery, by which he means that decentralized experimentation outperforms directed research.