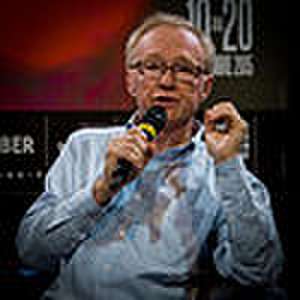 David Grossman (Hebrew: דויד גרוסמן‎; born January 25, 1954) is an Israeli author. His books have been translated into more than 30 languages, and have won numerous prizes.

He addressed the Israeli–Palestinian conflict in his 2008 novel, To the End of the Land. Since that book's publication he has written a children's book, an opera for children and several poems. His 2014 book, Falling Out of Time, deals with the grief of parents in the aftermath of their children's death. In 2017, he was awarded the Man Booker International Prize in conjunction with his frequent collaborator and translator, Jessica Cohen, for his novel A Horse Walks Into a Bar. In 2018, he was awarded the Israel Prize for literature.