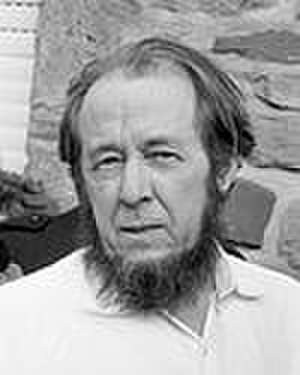 After serving in the Red Army during World War II, he was sentenced to spend eight years in a labour camp and then internal exile for criticizing Josef Stalin in a private letter. He was allowed to publish only one work in the Soviet Union, the novel One Day in the Life of Ivan Denisovich (1962). Although the reforms brought by Nikita Khrushchev freed him from exile in 1956, the publication of Cancer Ward (1968), August 1914 (1971), and The Gulag Archipelago (1973) angered the Soviet Union authorities, and Solzhenitsyn lost his Soviet citizenship in 1974. He was flown to West Germany, and in 1976 he moved with his family to the United States, where he continued to write. In 1990, shortly before the dissolution of the Soviet Union, his citizenship was restored, and four years later he returned to Russia, where he remained until his death in 2008.

He was awarded the 1970 Nobel Prize in Literature "for the ethical force with which he has pursued the indispensable traditions of Russian literature". His The Gulag Archipelago was a highly influential work that "amounted to a head-on challenge to the Soviet state" and sold tens of millions of copies.