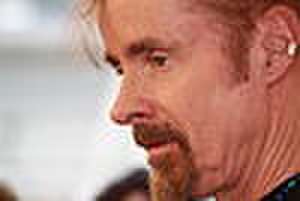 Thomas Coraghessan Boyle, also known as T. C. Boyle and T. Coraghessan Boyle (born December 2, 1948), is an American novelist and short story writer. Since the mid-1970s, he has published sixteen novels and more than 100 short stories. He won the PEN/Faulkner award in 1988, for his third novel, World's End, which recounts 300 years in upstate New York.

He was previously a Distinguished Professor of English at the University of Southern California.