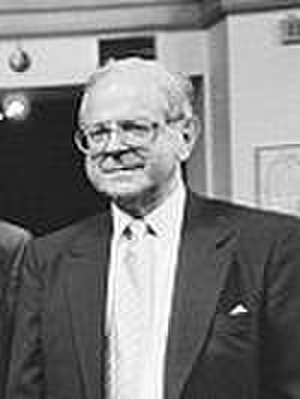 George Robert Acworth Conquest (15 July 1917 – 3 August 2015) was a British historian and poet. He is best known for his laws of politics.

A long-time research fellow at Stanford University's Hoover Institution, Conquest was most notable for his work on the Soviet Union. His books included The Great Terror: Stalin's Purge of the Thirties (1968); The Harvest of Sorrow: Soviet Collectivisation and the Terror-Famine (1986); and Stalin: Breaker of Nations (1991). He was also the author of two novels and several collections of poetry.