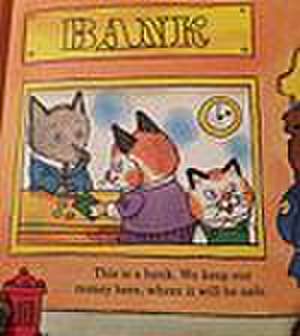 Richard McClure Scarry (June 5, 1919 – April 30, 1994) was an American children's author and illustrator who published over 300 books with total sales of over 100 million worldwide. He is best known for his Best Ever book series that take place primarily in the fictional town of Busytown, "which is populated by friendly and helpful resident [animals...such as] "Mr. Frumble, Huckle Cat, Mr. Fixit, Lowly Worm, and others..." The series spawned a media franchise.