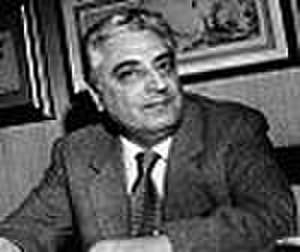 Renzo De Felice (8 April 1929 – 25 May 1996) was an Italian historian, who specialized in the Fascist era, writing, among other works, a 6000-page biography of Mussolini (4 volumes, 1965–1997). He argued that Mussolini was a revolutionary modernizer in domestic issues but a pragmatist in foreign policy who continued the Realpolitik policies of Italy from 1861 to 1922. Historian of Italy Philip Morgan has called De Felice's biography of Mussolini "a very controversial, influential and at the same time problematic re-reading of Mussolini and Fascism" and rejected the contention that his work rose above politics to "scientific objectivity", as claimed by the author and his defenders.