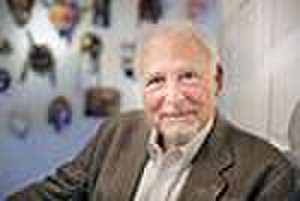 Paul Ekman (born February 15, 1934) is an American psychologist and professor emeritus at the University of California, San Francisco who is a pioneer in the study of emotions and their relation to facial expressions. He has created an "atlas of emotions" with more than ten thousand facial expressions, and has gained a reputation as the best human lie detector in the world. He was ranked 59th out of the 100 most cited psychologists of the twentieth century. Ekman conducted seminal research on the specific biological correlations of specific emotions, attempting to demonstrate the universality and discreteness of emotions in a Darwinian approach.