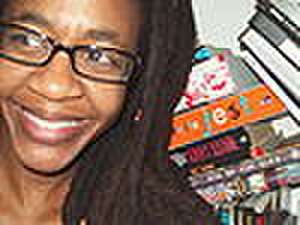 Nnedimma Nkemdili "Nnedi" Okorafor (formerly Okorafor-Mbachu; born April 8, 1974) is a Nigerian-American writer of fantasy and science fiction for both children and adults. She is best known for her Binti Series and her novels Who Fears Death, Zahrah the Windseeker, Akata Witch, Akata Warrior, Lagoon and Remote Control. She has also written for comics and film.

Her writing, which she describes as "Africanfuturism" and "Africanjujuism", is heavily influenced by her dual Nigerian and American heritage. She is the recipient of multiple awards, including the Hugo Award, Nebula Award, and Eisner Award. She is considered to be among the third generation of Nigerian writers.