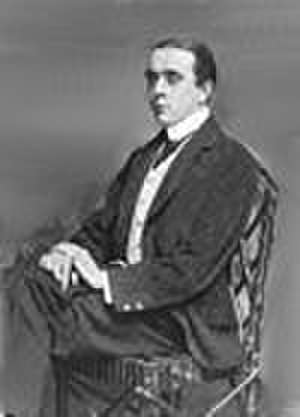 Sir Henry Maximilian "Max" Beerbohm (24 August 1872 – 20 May 1956) was an English essayist, parodist and caricaturist under the signature Max. He first became known in the 1890s as a dandy and a humorist. He was the drama critic for the Saturday Review from 1898 until 1910, when he relocated to Rapallo, Italy. In his later years he was popular for his occasional radio broadcasts. Among his best-known works is his only novel, Zuleika Dobson, published in 1911. His caricatures, drawn usually in pen or pencil with muted watercolour tinting, are in many public collections.