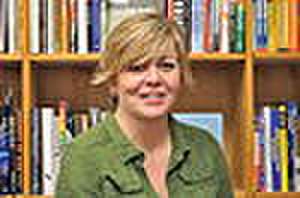 Lisa McMann (born February 27, 1968) is an American author and the creator of The Unwanteds and The Unwanteds Quests series for young readers and the WAKE trilogy for young adults.

McMann has published many short stories, including the creative nonfiction essay, “When You're Ten,” featured in Literary Mama, and the award-winning short story, “The Day of the Shoes,” in 2004. One year later, her story, “Like Waves on Rocks” was published in the Gator Springs Gazette. McMann's short stories are written for adult audiences while her novels are intended for young adults. Currently she spends her time at home with her two cats, two children, and husband.

She lives near Phoenix, Arizona.