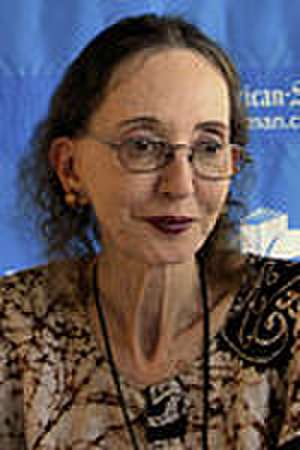 Joyce Carol Oates (born June 16, 1938) is an American writer. Oates published her first book in 1963, and has since published 58 novels, a number of plays and novellas, and many volumes of short stories, poetry, and non-fiction. Her novels Black Water (1992), What I Lived For (1994), and Blonde (2000), and her short story collections The Wheel of Love (1970) and Lovely, Dark, Deep: Stories (2014) were each finalists for the Pulitzer Prize. She has won many awards for her writing, including the National Book Award, for her novel them (1969), two O. Henry Awards, the National Humanities Medal, and the Jerusalem Prize (2019).

Oates taught at Princeton University from 1978 to 2014, and is the Roger S. Berlind '52 Professor Emerita in the Humanities with the Program in Creative Writing. She is a visiting professor at the University of California, Berkeley, where she teaches short fiction.

Oates was elected to the American Philosophical Society in 2016.