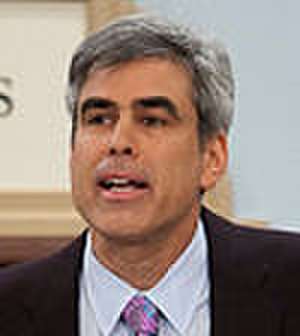 Jonathan David Haidt (; born October 19, 1963) is an American social psychologist, Professor of Ethical Leadership at New York University Stern School of Business, and author. His main areas of study are the psychology of morality and moral emotions.

Haidt's main scientific contributions come from the psychological field of moral foundations theory, which attempts to explain the evolutionary origins of human moral reasoning on the basis of innate, gut feelings rather than logical reason. The theory was later extended to explain the different moral reasoning and how they relate to political ideology, with different political orientations prioritizing different sets of morals. The research served as a foundation for future books on various topics.

Haidt has written three books for general audiences: The Happiness Hypothesis: Finding Modern Truth in Ancient Wisdom (2006) explores the relationship between ancient philosophies and modern science; The Righteous Mind: Why Good People are Divided by Politics and Religion (2012) examines how morality is shaped by emotion and intuition more than by reasoning, and why differing political groups have different notions of right and wrong; and The Coddling of the American Mind: How Good Intentions and Bad Ideas Are Setting Up a Generation for Failure (2018), co-written with Greg Lukianoff, explores the rising political polarization and changing culture on college campuses, and its effects on mental health.

Haidt has attracted both support and criticism for his critique of the current state of universities and his interpretation of progressive values. He has been named one of the "top global thinkers" by Foreign Policy magazine, and one of the "top world thinkers" by Prospect magazine. He is among the most cited researchers in political and moral psychology, and is considered among the top 25 most influential living psychologists.