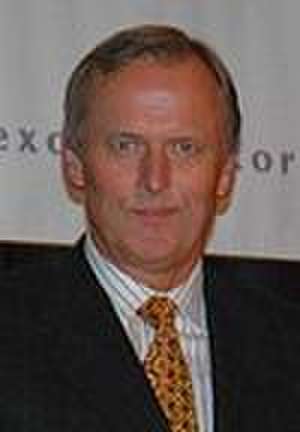 John Ray Grisham Jr. (; born February 8, 1955) is an American novelist and lawyer known for his popular legal thrillers. According to the American Academy of Achievement, Grisham has written 28 consecutive number-one bestsellers, and his books have sold 300 million copies worldwide. Along with Tom Clancy and J. K. Rowling, Grisham is one of only three authors to have sold two million copies on a first printing.

Grisham graduated from Mississippi State University and earned a Juris Doctor from the University of Mississippi School of Law in 1981. He practiced criminal law for about a decade and served in the Mississippi House of Representatives from 1984 to 1990.

Grisham's first novel, A Time to Kill, was published in June 1989, four years after he began writing it. Grisham's first bestseller, The Firm, sold more than seven million copies. The book was adapted into a 1993 feature film of the same name, starring Tom Cruise, and a 2012 TV series which continues the story ten years after the events of the film and novel. Eight of his other novels have also been adapted into films: The Chamber, The Client, A Painted House, The Pelican Brief, The Rainmaker, The Runaway Jury, Skipping Christmas, and A Time to Kill. Grisham's latest book (his 42nd published novel), A Time for Mercy, is his third story involving the characters established in A Time to Kill and further follows the story of Jake Brigance, a Mississippi small town lawyer representing a minor accused of murder.