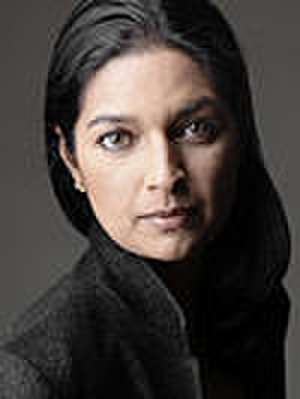 Nilanjana Sudeshna "Jhumpa" Lahiri (born July 11, 1967) is an American author known for her short stories, novels and essays in English, and, more recently, in Italian.

Her debut collection of short-stories Interpreter of Maladies (1999) won the Pulitzer Prize for Fiction and the PEN/Hemingway Award, and her first novel, The Namesake (2003), was adapted into the popular film of the same name.

Her first novel, "The Namesake", was a New York Times Notable Book, a Los Angeles Times Book Prize finalist and was made into a major motion picture. Unaccustomed Earth (2008) won the Frank O'Connor International Short Story Award, while her second novel, The Lowland (2013), was a finalist for both the Man Booker Prize and the National Book Award for Fiction.Jhumpa Lahiri, the Indian- American author on January 22, 2015 won the USD 50,000 DSC Prize for Literature for her book "The Lowland" In these works, Lahiri explored the Indian-immigrant experience in America. In 2011, Lahiri moved to Rome, Italy and has since then published two books of essays, and in 2018, published her first novel in Italian called Dove mi trovo and also compiled, edited and translated the Penguin Book of Italian Short Stories which consists of 40 Italian short stories written by 40 different Italian writers. She has also translated some of her own writings and those of other authors from Italian into English.

In 2014, Lahiri was awarded the National Humanities Medal. She has been a professor of creative writing at Princeton University since 2015.