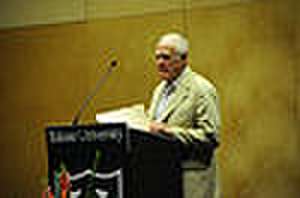 James Arnold Horowitz (June 10, 1925 – June 19, 2015), better known as James Salter, his pen name and later-adopted legal name, was an American novelist and short-story writer. Originally a career officer and pilot in the United States Air Force, he resigned from the military in 1957 following the successful publication of his first novel, The Hunters.

After a brief career in film writing and film directing, in 1979 Salter published the novel Solo Faces. He won numerous literary awards for his works, including belated recognition of works originally criticized at the time of their publication.