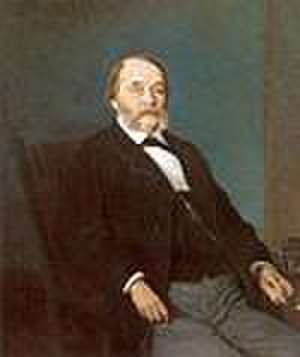 Goncharov was born in Simbirsk into the family of a wealthy merchant; as a reward for his grandfather's military service, they were elevated to gentry status. He was educated at a boarding school, then the Moscow College of Commerce, and finally at Moscow State University. After graduating, he served for a short time in the office of the Governor of Simbirsk, before moving to Saint Petersburg where he worked as government translator and private tutor, while publishing poetry and fiction in private almanacs. Goncharov's first novel, A Common Story, was published in Sovremennik in 1847.

Goncharov's second and best-known novel, Oblomov, was published in 1859 in Otechestvennye zapiski. His third and final novel, The Precipice, was published in Vestnik Evropy in 1869. He also worked as a literary and theatre critic. Towards the end of his life Goncharov wrote a memoir called An Uncommon Story, in which he accused his literary rivals, first and foremost Ivan Turgenev, of having plagiarized his works and prevented him from achieving European fame. The memoir was published in 1924. Fyodor Dostoevsky, among others, considered Goncharov an author of high stature. Anton Chekhov is quoted as stating that Goncharov was "...ten heads above me in talent."