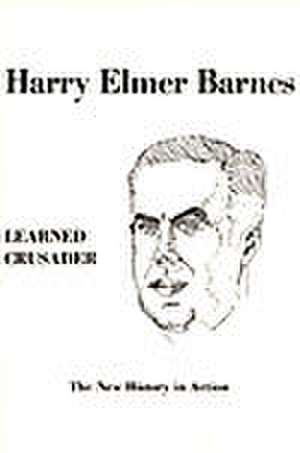 Harry Elmer Barnes (June 15, 1889 – August 25, 1968) was an American historian who, in his later years, was known for his historical revisionism and Holocaust denial. After receiving a PhD at Columbia in 1918 Barnes became a professor of history at Clark University before moving to Smith College as a professor of historical sociology in 1923. In 1929 he left teaching to work as a journalist, freelance writer and occasional adjunct professor at smaller schools. in 1919/20 and between 1923 and 1937 he lectured regularly at the New School for Social Research. Through his prodigious scholarly output, Barnes was once highly regarded as a historian. However, by the 1950s, he had lost credibility and become a "professional pariah."

Barnes published more than 30 books, 100 essays, and 600 articles and book reviews, many for the Council on Foreign Relations journal Foreign Affairs, where he served as Bibliographical Editor.