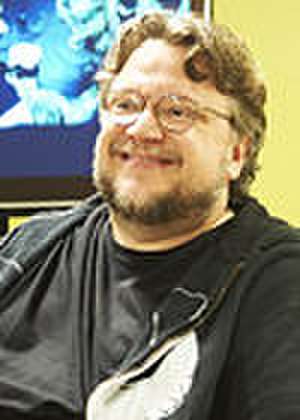 Guillermo del Toro Gómez (Spanish: [ɡiˈʝeɾmo ðel ˈtoɾo]; born October 9, 1964) is a Mexican film director, producer, screenwriter, and author. He is best known for his Academy Award-winning fantasy films Pan's Labyrinth (2006) and The Shape of Water (2017), winning the Oscars for Best Director and Best Picture for the latter.

Del Toro's work has been characterized by a strong connection to fairy tales and horror, with an effort to infuse visual or poetic beauty in the grotesque. He has had a lifelong fascination with monsters, which he considers symbols of great power. He is also known for his use of insectile and religious imagery, the themes of Catholicism and celebrating imperfection, underworld and clockwork motifs, practical special effects, dominant amber lighting, and his frequent collaborations with actors Ron Perlman and Doug Jones. Del Toro is close friends with fellow Mexican filmmakers Alfonso Cuarón and Alejandro G. Iñárritu, and they are collectively known as "The Three Amigos of Cinema." He was included in Time magazine's list of the 100 most influential people in the world in 2018, and he received a motion picture star on the Hollywood Walk of Fame in 2019.