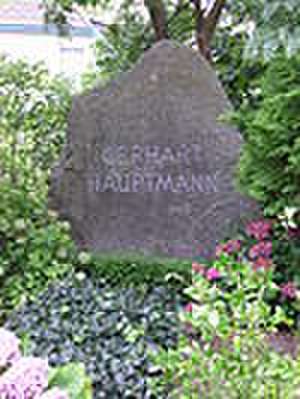 Gerhart Johann Robert Hauptmann (German: [ˈɡeːɐ̯.haʁt ˈhaʊ̯ptˌman] (listen); 15 November 1862 – 6 June 1946) was a German dramatist and novelist. He is counted among the most important promoters of literary naturalism, though he integrated other styles into his work as well. He received the Nobel Prize in Literature in 1912.