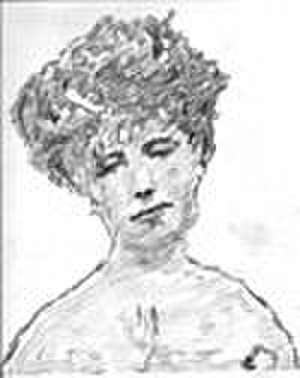 Elizabeth von Arnim (31 August 1866 – 9 February 1941), born Mary Annette Beauchamp, was an Australian-born British novelist. She married a German aristocrat and her best-known works are set in Germany. After her first husband's death, she had a three-year affair with the writer H. G. Wells, then later married Frank Russell, elder brother of the Nobel prize-winning writer and philosopher Bertrand Russell. She was the cousin aunt of the New Zealand-born writer Katherine Mansfield. Her first marriage made her Countess von Arnim-Schlagenthin and her second Elizabeth Russell, Countess Russell. Though known in early life as May, publication of her first book introduced her to readers as Elizabeth, which she eventually became to her friends and finally even to her family. She is now known invariably as Elizabeth von Arnim. She used the pen name Alice Cholmondeley only for the novel Christine, published in 1917.