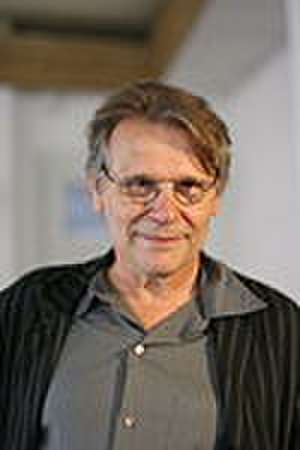 Daniel Pennac (real name Daniel Pennacchioni, born 1 December 1944 in Casablanca, Morocco) is a French writer. He received the Prix Renaudot in 2007 for his essay Chagrin d'école.

Daniel Pennacchioni is the fourth and last son of a Corsican and Provençal family. His father is a polytechnicien who became an officer of the colonial army, reaching the rank of general at retirement and his mother, a housewife, is a self-taught reader. His childhood was spent wherever his father was stationed, in Africa (Djibouti, Ethiopia, Algeria, Equatorial Africa), Southeast Asia (Indochina) and France (including La Colle-sur-Loup). His father's love for poetry gave him a taste for books that he quickly devoured in the family library or at school

After studying in Nice he became a teacher. He began to write for children and then wrote his book series "La Saga Malaussène", that tells the story of Benjamin Malaussène, a scapegoat, and his family in Belleville, Paris. In a 1997 piece for Le Monde, Pennac stated that Malaussène's youngest brother, Le Petit, was the son of Jerome Charyn's New York detective Isaac Sidel.

His writing style can be humorous and imaginative like in "La Saga Malaussène", but he can also write "Comme un roman", a pedagogic essay. His Comic Débauche, written jointly with Jacques Tardi, treats the topic of unemployment, revealing his social preoccupations.