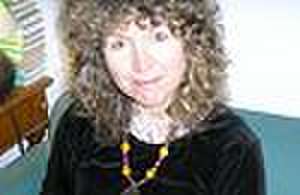 Caroline Lawrence (born 1954) is an English American author, best known for The Roman Mysteries series of historical novels for children. The series is about a Roman girl called Flavia and her three friends: Nubia (a freed slave girl), Jonathan (a shunned Jewish boy) and Lupus (a beggar boy without a tongue). The series has won numerous awards and has been published in many different languages worldwide. In March 2010, Lawrence was commissioned to write another history mystery series of books called The Western Mysteries, set in Virginia City, Nevada Territory in the early 1860s.