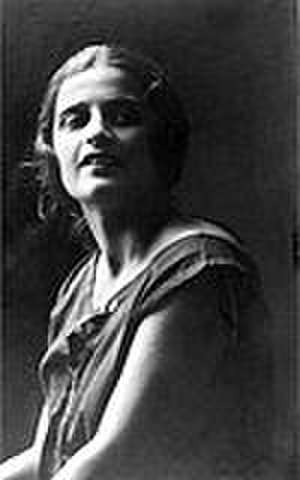 Alice O'Connor (born Alisa Zinovyevna Rosenbaum; February 2 [O.S. January 20], 1905 – March 6, 1982), better known by her pen name Ayn Rand (), was a Russian-born American writer and philosopher. She is known for her fiction and for developing a philosophical system she named Objectivism. Born and educated in Russia, she moved to the United States in 1926. She wrote a play that opened on Broadway in 1935. After two early novels that were initially unsuccessful, she achieved fame with her 1943 novel, The Fountainhead. In 1957, Rand published her best-known work, the novel Atlas Shrugged. Afterward, until her death in 1982, she turned to non-fiction to promote her philosophy, publishing her own periodicals and releasing several collections of essays.

Rand advocated reason as the only means of acquiring knowledge; she rejected faith and religion. She supported rational and ethical egoism and rejected altruism. In politics, she condemned the initiation of force as immoral and opposed collectivism, statism, and anarchism. Instead, she supported laissez-faire capitalism, which she defined as the system based on recognizing individual rights, including private property rights. Although Rand opposed libertarianism, which she viewed as anarchism, she is often associated with the modern libertarian movement in the United States. In art, Rand promoted romantic realism. She was sharply critical of most philosophers and philosophical traditions known to her, except for Aristotle, Thomas Aquinas, and classical liberals.

Rand's fiction received mixed reviews from literary critics. Although academic interest in her ideas has grown since her death, academic philosophers have generally ignored or rejected her philosophy because of her polemical approach and lack of methodological rigor. Her writings have politically influenced some libertarians and conservatives. The Objectivist movement attempts to spread her ideas, both to the public and in academic settings.