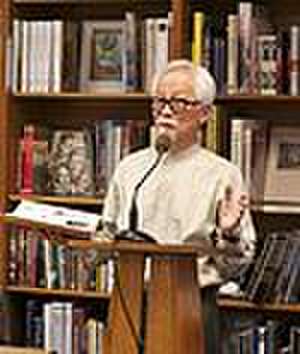 Allen Say (born James Allen Koichi Moriwaki Seii in 1937; surname written Seii (清井) in Japanese) is a Japanese-American writer and illustrator. He is best known for Grandfather's Journey, a children's picture book detailing his grandfather's voyage from Japan to the United States and back again, which won the 1994 Caldecott Medal for illustration. This story is autobiographical and relates to Say's constant moving during his childhood. His work mainly focuses on Japanese and Japanese American characters and their stories, and several works have autobiographical elements.