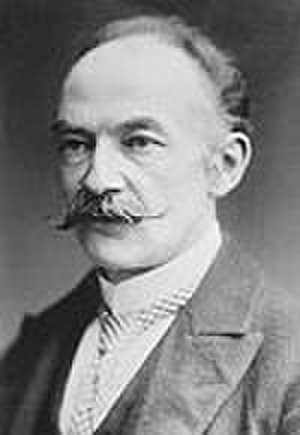 Thomas Hardy (2 June 1840 – 11 January 1928) was an English novelist and poet. A Victorian realist in the tradition of George Eliot, he was influenced both in his novels and in his poetry by Romanticism, including the poetry of William Wordsworth. He was highly critical of much in Victorian society, especially on the declining status of rural people in Britain, such as those from his native South West England.

While Hardy wrote poetry throughout his life and regarded himself primarily as a poet, his first collection was not published until 1898. Initially, he gained fame as the author of novels such as Far from the Madding Crowd (1874), The Mayor of Casterbridge (1886), Tess of the d'Urbervilles (1891), and Jude the Obscure (1895). During his lifetime, Hardy's poetry was acclaimed by younger poets (particularly the Georgians) who viewed him as a mentor. After his death his poems were lauded by Ezra Pound, W. H. Auden and Philip Larkin.

Many of his novels concern tragic characters struggling against their passions and social circumstances, and they are often set in the semi-fictional region of Wessex; initially based on the medieval Anglo-Saxon kingdom, Hardy's Wessex eventually came to include the counties of Dorset, Wiltshire, Somerset, Devon, Hampshire and much of Berkshire, in southwest and south central England. Two of his novels, Tess of the d'Urbervilles and Far from the Madding Crowd, were listed in the top 50 on the BBC's survey The Big Read.