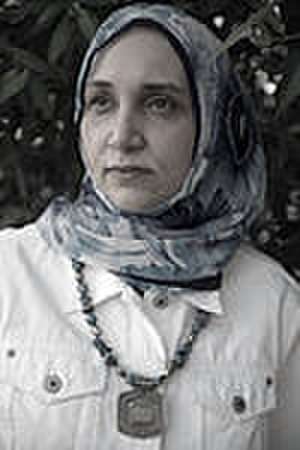 Leila Aboulela (Arabic: ليلى ابوالعلا; born 1964) is a fiction writer of Sudanese origin, who lives in Great Britain and writes in English. She grew up in Sudan's capital, Khartoum, and since 1990, has mainly lived in Aberdeen, Scotland.

Her most recent books are the novel Bird Summons (2019) and the short-story collection Elsewhere, Home, which was the winner of the 2018 Saltire Fiction Book of the Year Award. Her novel The Kindness of Enemies (2015) was inspired by the life of Imam Shamil who united the tribes of the Caucasus to fight against Russian Imperial expansion. Aboulela's 2011 novel, Lyrics Alley, was Fiction Winner of the Scottish Book Awards and short-listed for a Regional Commonwealth Writers Prize. She is also the author of the novels The Translator (a New York Times 100 Notable Book of the Year) and Minaret.

All three novels were long-listed for the Orange Prize and the IMPAC Dublin Award. Leila Aboulela won the Caine Prize for African Writing for her short story "The Museum", included in the collection Coloured Lights, which went on to be short-listed for the Macmillan/Silver PEN award. Aboulela's work has been translated into several languages and included in publications such as Harper's Magazine, Granta, The Washington Post and The Guardian. BBC Radio has adapted her work extensively and broadcast a number of her plays, including The Insider, The Mystic Life and the historical drama The Lion of Chechnya. The five-part radio serialization of her 1999 novel The Translator was short-listed for the RIMA (Race In the Media Award).

According to the Scottish Book Trust, "Leila Aboulela's work is characterised by its distinctive exploration of identity, migration and Islamic spirituality."