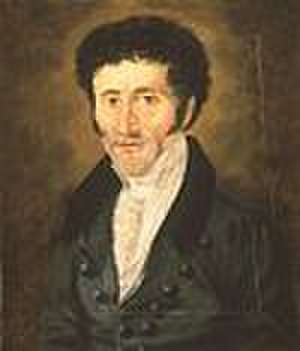 Ernst Theodor Amadeus Hoffmann (commonly abbreviated as E. T. A. Hoffmann; born Ernst Theodor Wilhelm Hoffmann; 24 January 1776 – 25 June 1822), was a Prussian Romantic author of fantasy and horror, a jurist, composer, music critic, draftsman and caricaturist. His stories form the basis of Jacques Offenbach's famous opera The Tales of Hoffmann, in which Hoffmann appears (heavily fictionalized) as the hero. He is also the author of the novella The Nutcracker and the Mouse King, on which the famous ballet The Nutcracker is based. The ballet Coppélia is based on two other stories that Hoffmann wrote, while Schumann's Kreisleriana is based on Hoffmann's character Johannes Kreisler.

Hoffmann's stories were very influential during the 19th century, and he is one of the major authors of the Romantic movement.