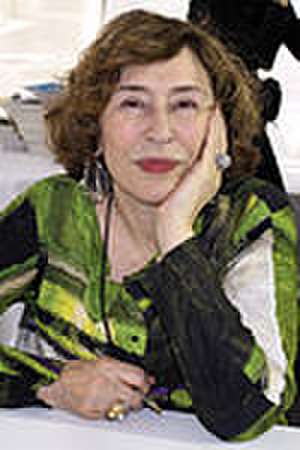 Azar Nafisi (Persian: آذر نفیسی; born 1948) is an Iranian-American writer and professor of English literature. Born in Tehran, Iran, she has resided in the United States since 1997 and became a U.S. citizen in 2008.

Nafisi has been a visiting fellow and lecturer at the Foreign Policy Institute of Johns Hopkins University’s School of Advanced International Studies (SAIS) and served on the Board of Trustees of Freedom House. She is the niece of famous Iranian scholar, fiction writer and poet Saeed Nafisi. Azar Nafisi is best known for her 2003 book Reading Lolita in Tehran: A Memoir in Books, which remained on The New York Times Best Seller list for 117 weeks, and has won several literary awards, including the 2004 Non-fiction Book of the Year Award from Booksense.

In addition to Reading Lolita in Tehran, Nafisi has authored, Things I've Been Silent About: Memories of a Prodigal Daughter, The Republic of Imagination: America in Three Books and That Other World: Nabokov and the Puzzle of Exile.