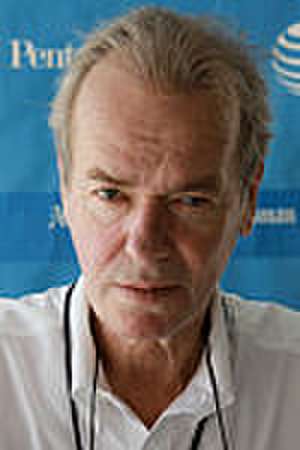 Martin Louis Amis (born 25 August 1949) is a British novelist, essayist, memoirist, and screenwriter. His best-known novels are Money (1984) and London Fields (1989). He has received the James Tait Black Memorial Prize for his memoir Experience and has been listed for the Booker Prize twice (shortlisted in 1991 for Time's Arrow and longlisted in 2003 for Yellow Dog). Amis served as the Professor of Creative Writing at the Centre for New Writing at the University of Manchester until 2011. In 2008, The Times named him one of the 50 greatest British writers since 1945.

Amis's work centers on the excesses of "late-capitalist" Western society, whose perceived absurdity he often satirizes through grotesque caricature; he has been portrayed as a master of what The New York Times called "the new unpleasantness". Inspired by Saul Bellow and Vladimir Nabokov, as well as by his father Kingsley Amis, Amis himself has influenced many British novelists of the late 20th and early 21st centuries, including Will Self and Zadie Smith.